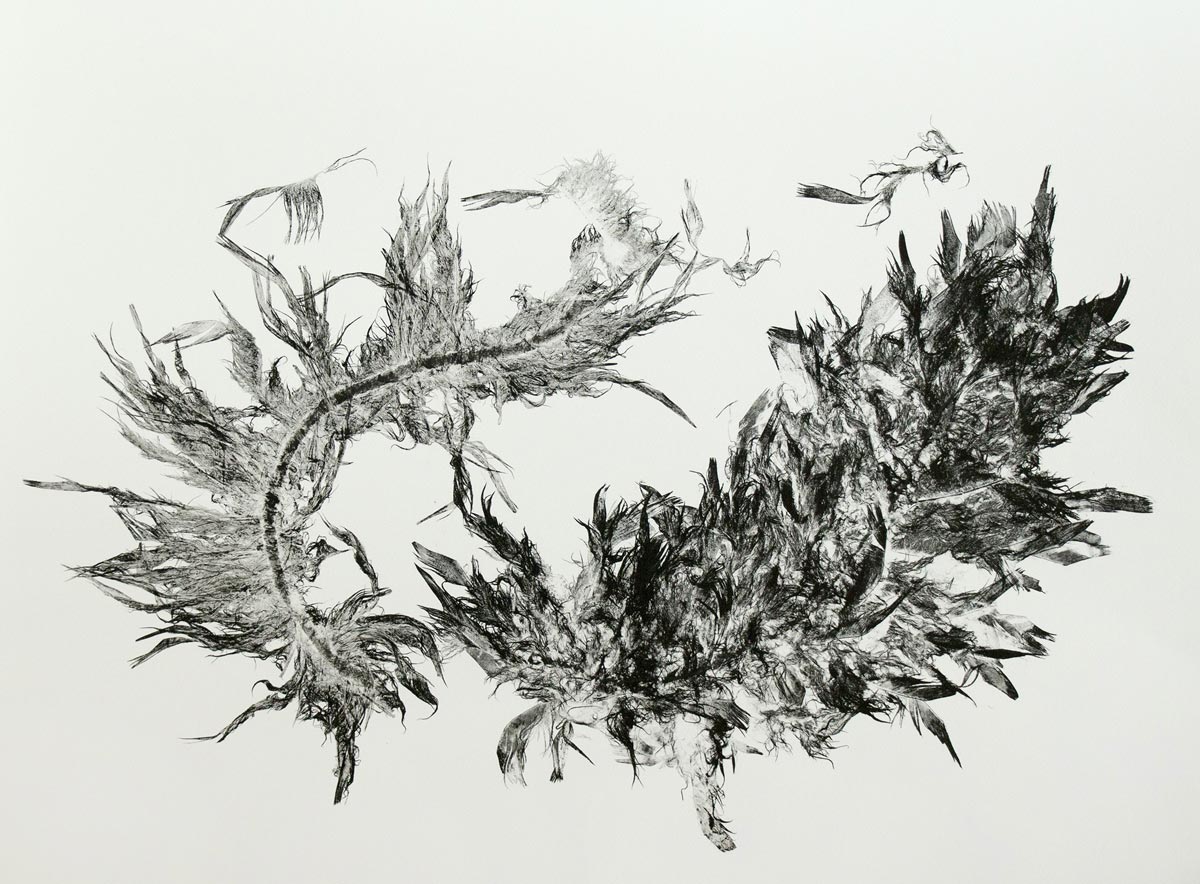 Icarus and Other Fallen Angels (2013 - ongoing)

Series of monoprints, each image is a unique, variation on a theme.

While functioning as standalone pieces Broken Wings is intended as a series (of 3 or more images) as they create a propensity for narrative, articulated through their sequencing. Together the images create flow and movement, following one another like the frames of a film.

Broken Wings references the Icarus myth which tells of a young man who attempted to escape imprisonment by attaching wings of feathers. Although he knew not to fly too close to the sun, in the ecstatic moment of flight he forgot this and soared higher and higher and before long had gone too far... causing his own demise. This myth is usually presented as a tragic example of hubris or failed ambition. In my work I use a common fashion accessory; the feather boa to symbolise Icarus’ tragedy. The images depict Icarus suspended in flight, in different positions, soaring through the sky, exhilarated by his own magnificence and the beauty of flight, whilst others show the boa falling, feathers scattered around anticipating inevitable destruction. In these images the depiction of feather boa has also something animalistic about it which leads the mind to sombre thoughts of emotional traumas, or ecological catastrophes.

Underlying the aesthetic language of the falling feather boa is violence which accentuates the humankinds conflictual, destructive relationship with nature. 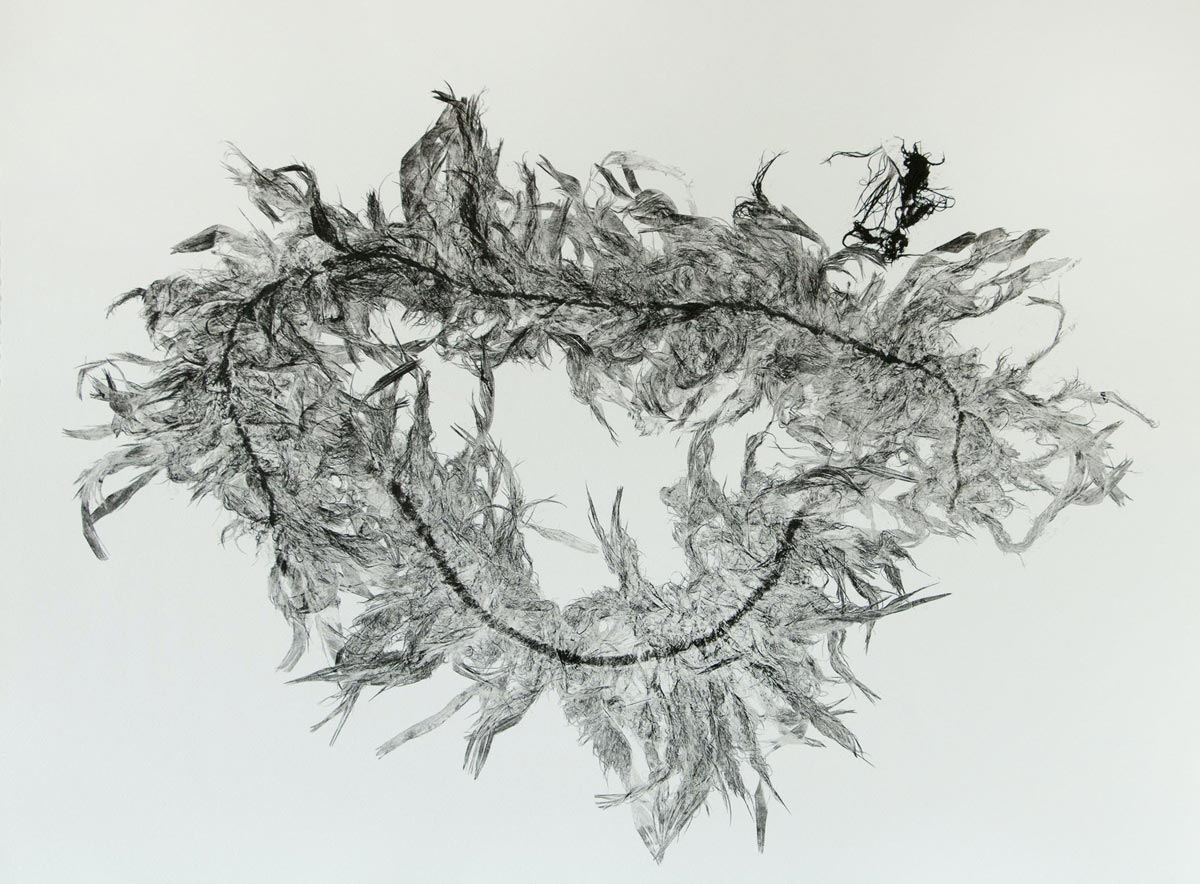 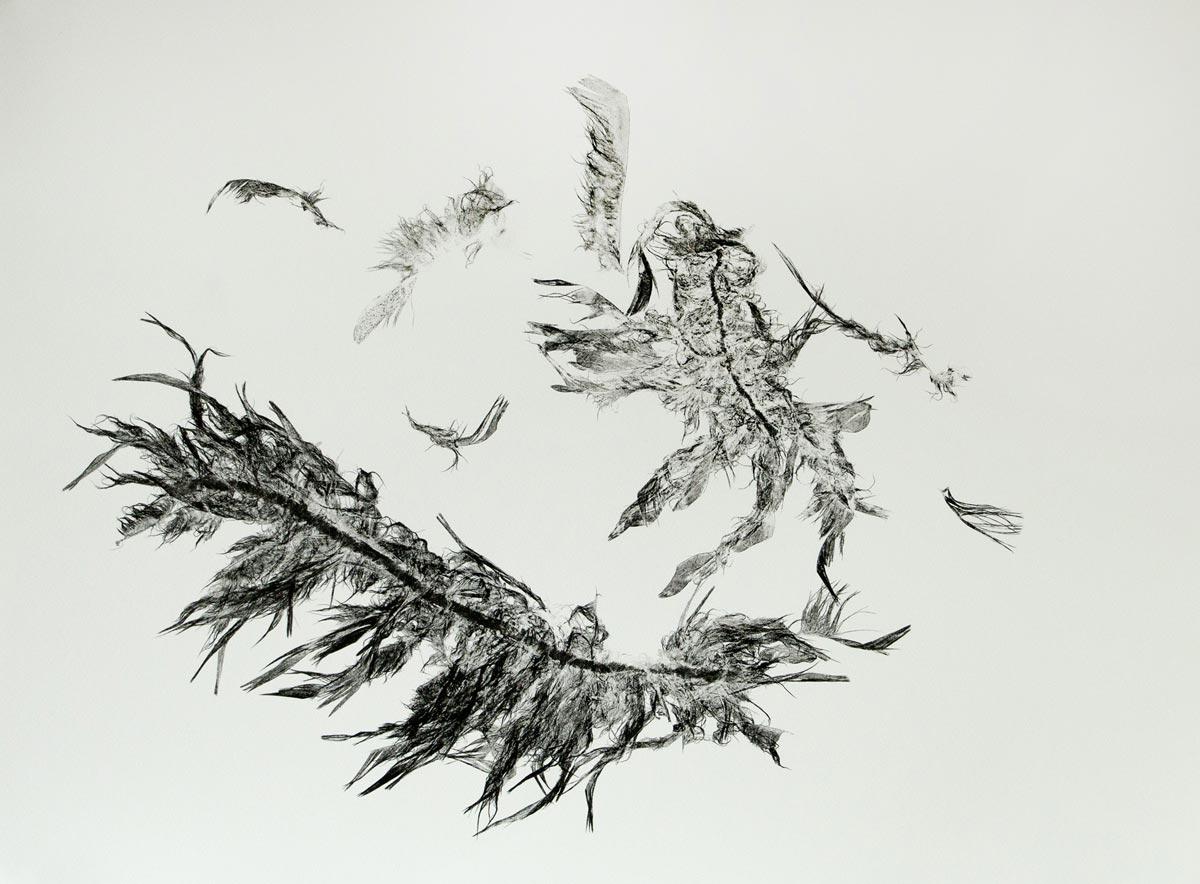 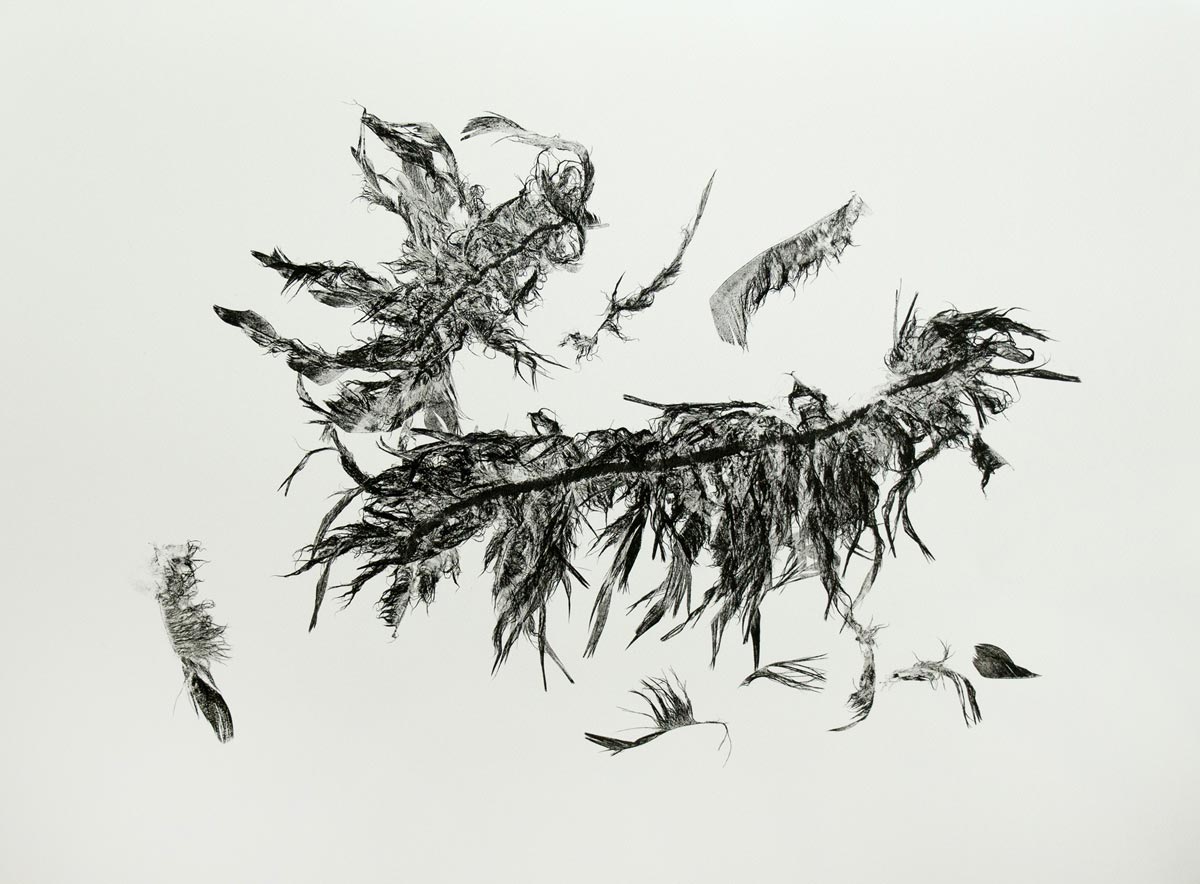 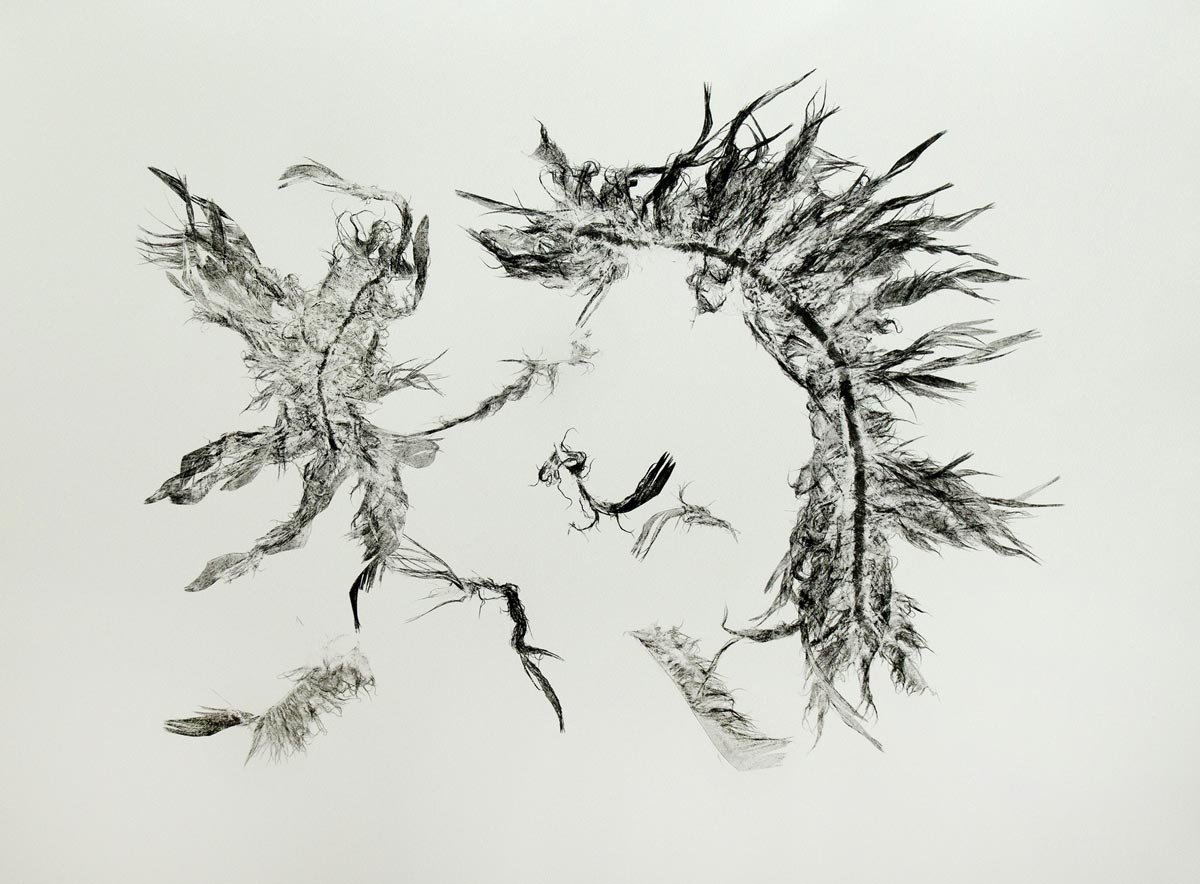 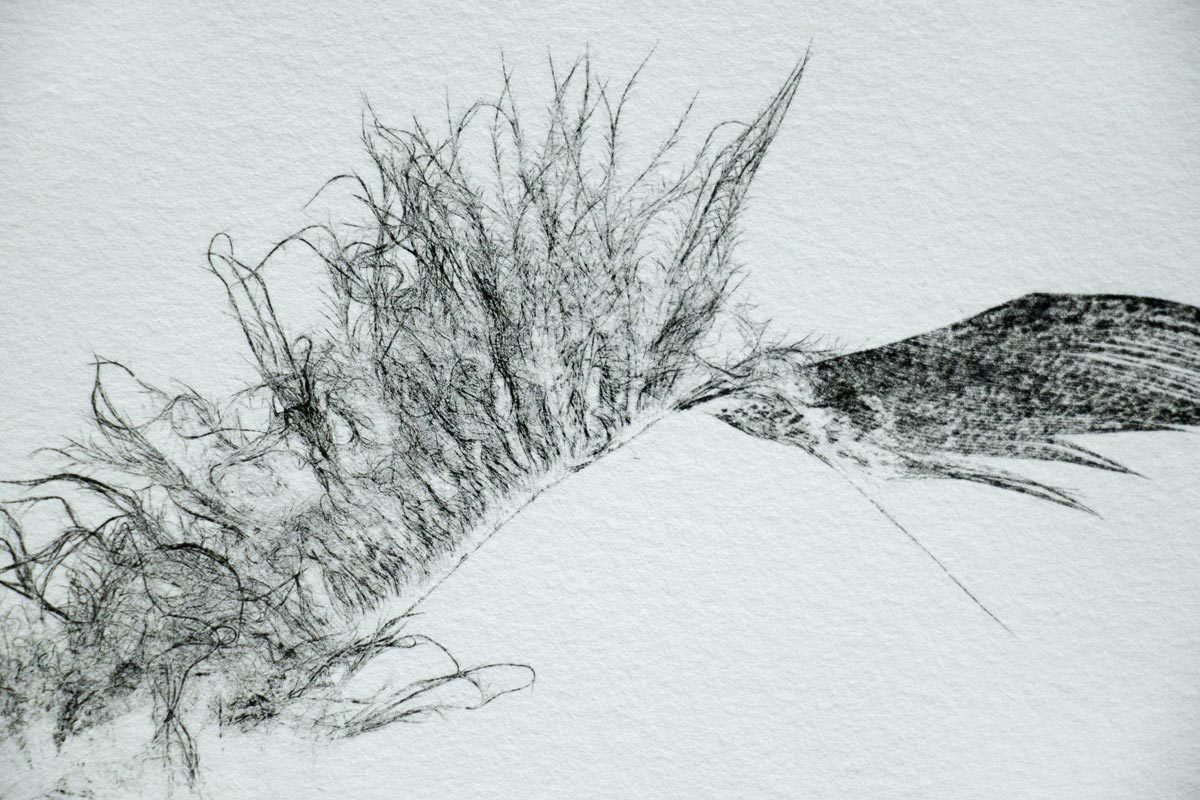 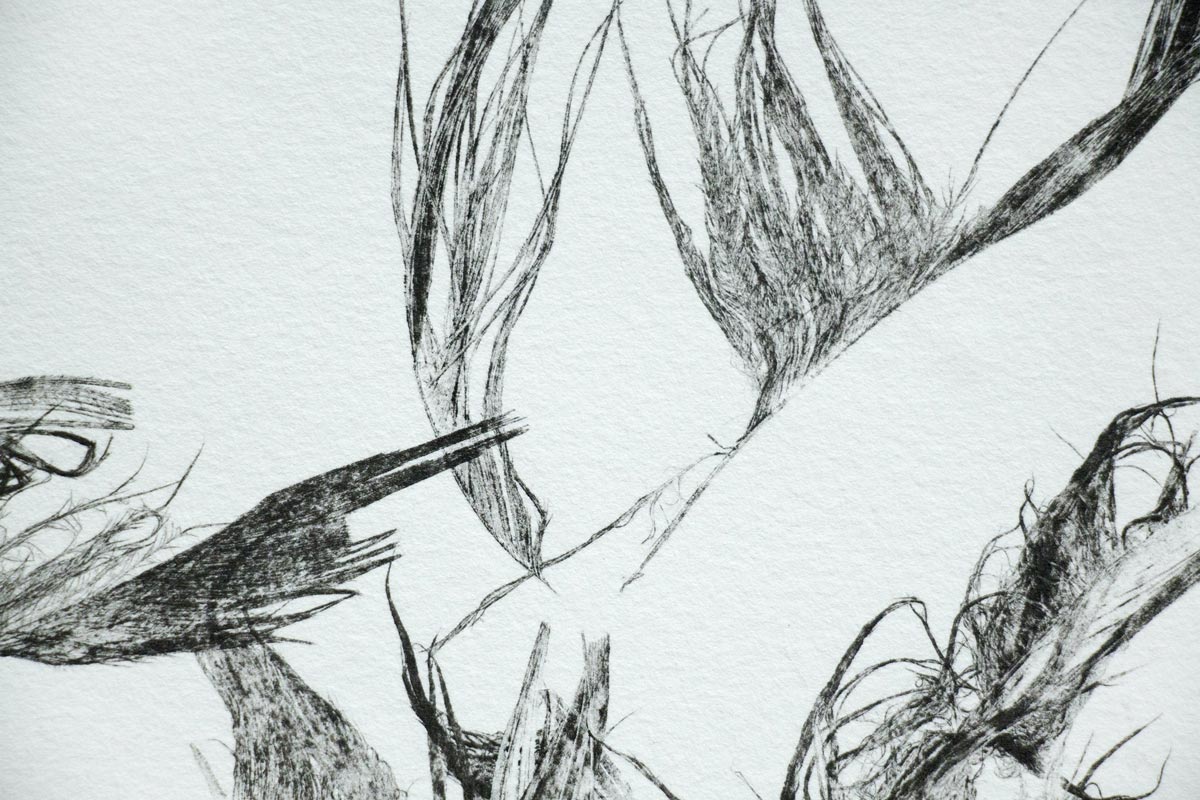 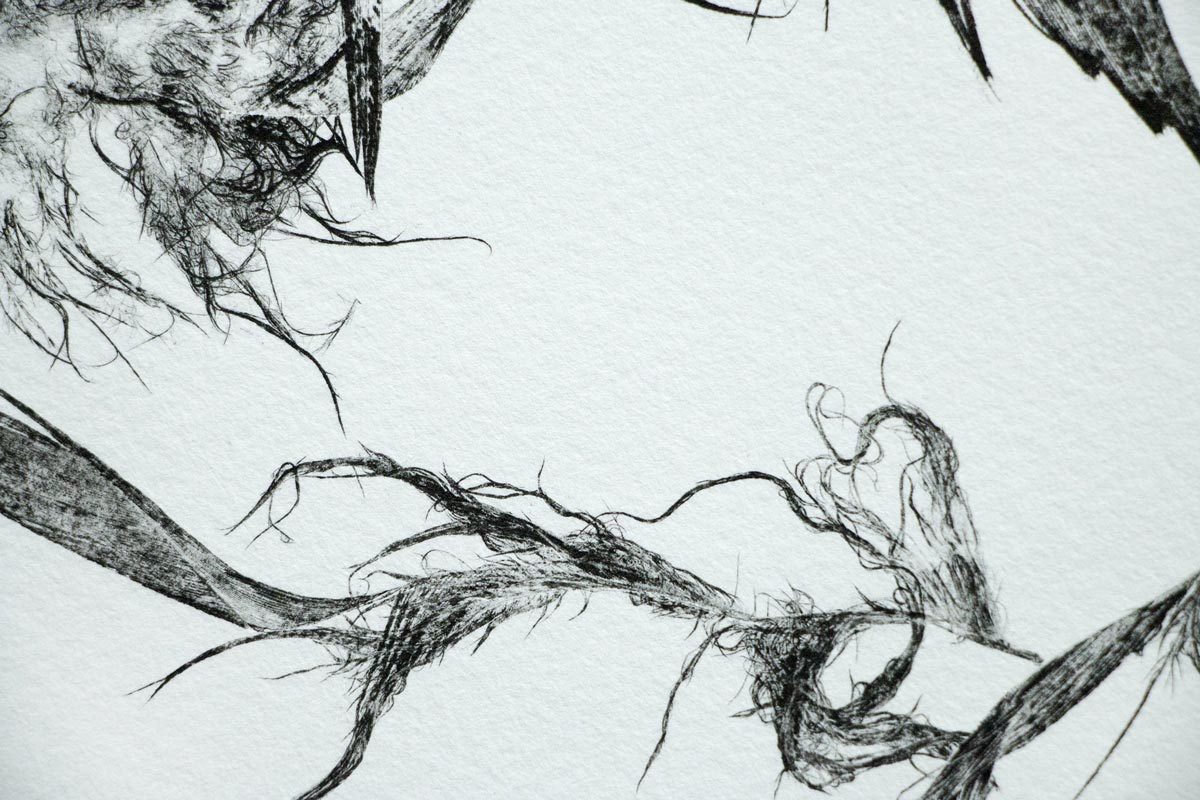